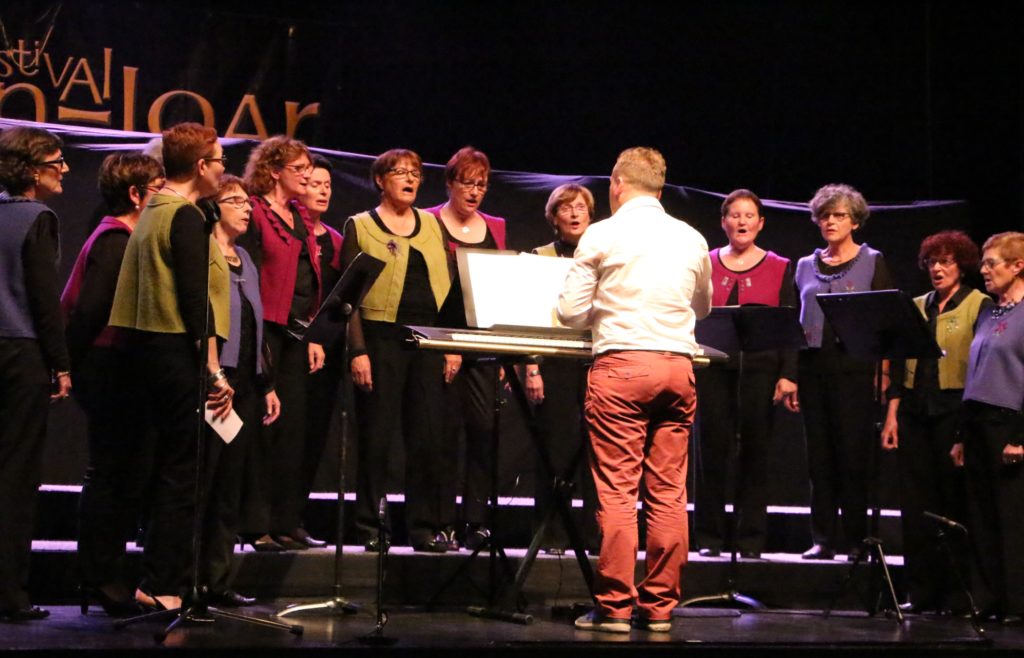 This female vocal ensemble is the choral workshop of the Breton Center of Popular Art from Brest.
Kan Awen, directed for more than ten years by Florian Desbans, explores the very rich repertoire of Breton or Celtic countries, traditional or contemporary creation. The vocal ensemble performs regularly in public and is open to new choristers!

Kan Awen won the title of Second Category Champion in 2013 at the Brittany Choir Championship. The choir has since moved up to the first category. In addition, he has three times received the Creation Trophy, in 2012, 2014 and 2017 for songs or suites of songs composed or harmonized by Florian.

Created in 1996 by the Breton Center of Popular Art, which itself was founded in November 1977 under the impetus of Pierre-Yves MOIGN, this group initially aimed to develop vocal technique in traditional Breton and Celtic singing. During three years, it is Jean-Claude QUERO, well known on the place of Brest, who ensures the animation. Jean-Marie AIRAULT took over the reins of this group in 1999 and gave it another dimension by giving it a name (A Bouez Penn) and by allowing it to take part in numerous concerts with the Mouez Bro Konk choir of Concarneau which he also directs. A C.D. marks the high point of this period (recovery of Ar Marc’h Dall). Florian DESBANS has been the director of this small choir since September 2007. It allowed him to take part in the recording of the C.D. of Classical Songs in Breton, of the Kanomp Breizh federation.

In September 2008, faced with the difficulty of attracting men, it was decided to transform this group into a female choir. There are currently 18 of us, divided into 3 sections: sopranos, mezzo-sopranos and altos, and we hope, of course, to integrate new choristers in order to constitute a stronger group. We work on a varied repertoire of traditional Breton songs but also contemporary ones.